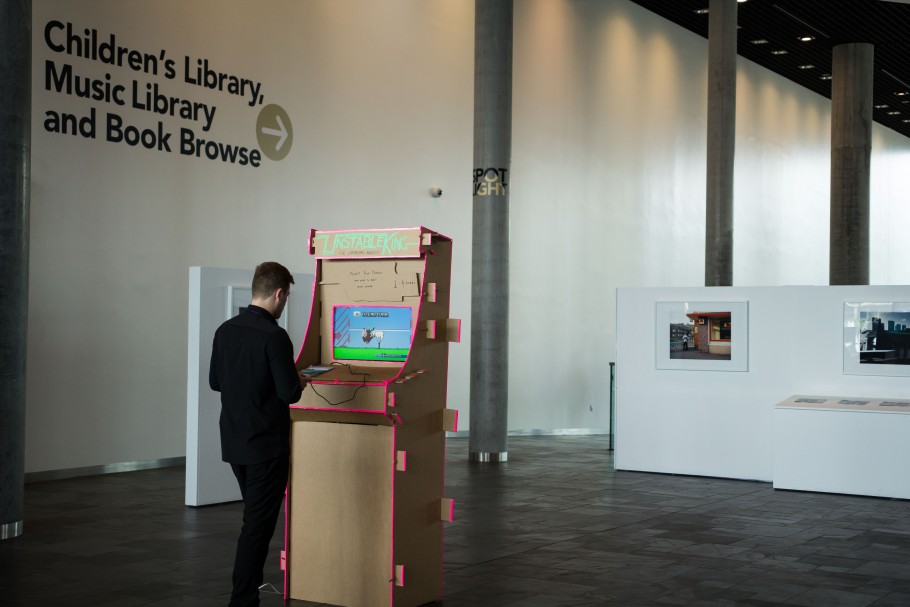 Suitable for: All ages

A portable video game arcade. A pop up virtual kingdom. A suite of local multi-player arcade machines built from cardboard. A travelling exhibition on video games; as art and as play. A way for people to meet new people. Fun.

Unstable King started out as a performance company blending circus with comedy inspired by video games. Since their sell out show Game was finished they’ve been focusing on making the side project to the show, The Cardboard Arcade, into a full project in itself. Lately it’s been touring around the U.K with future plans that involve a truck, outdoor 10 player game projections and people saying funny things. Founded by Michael Bell the company’s aim is to never be boring and to blend the world of video gaming with new situations and artforms.

Amazingly easy-to-use animations that bring your drawings to life making them even more magical.

Follow the blue fairy! We’re going to take you somewhere else in a HTC Vive VR headset.

A unique one dimensional game, control the LED strip by wobbling a door stop spring.

We Are The Rangers

An adventure bringing the fun of Minecraft and United for Wildlife conservation campaign together.

The Manor Maker’s are challenging social stereotypes by learning and making fun.